by Mike Ferreira on September 23, 2017 in Uncategorized • 0 Comments 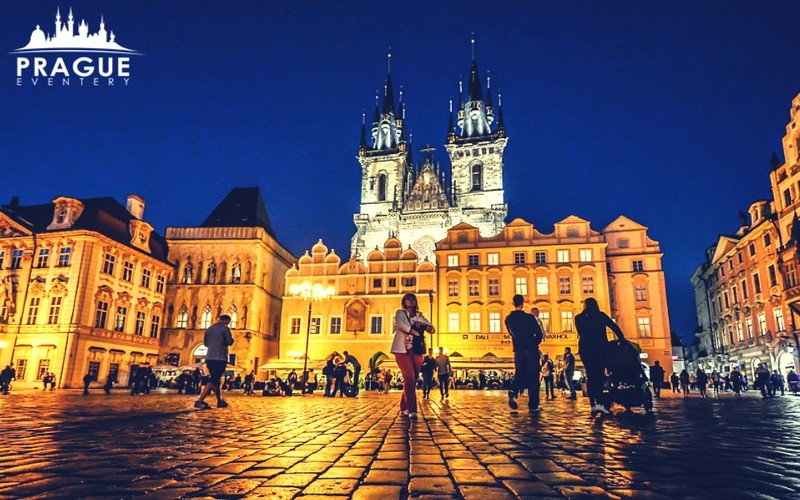 When it comes to selecting the most attractive tourist destinations in the world, Prague is undoubtedly one of the best. Places to see in Prague are innumerable and the city boasts some of the best picturesque landmarks in Europe. Prague is nicknamed as the “city of thousand spires”. Once you get to know the places to see in Prague, you will be rewarded with innumerable splendid views. Being one of the largest cities in Europe, Prague continues to be the most important cultural, political and commercial center. It was once the former capital of the Holy Roman Empire.

This is one of the best historic places in Prague. The Prague Castle was once the home of Bohemia’s King. At present, this is the official residence of Czech Republic’ President. The castle was built in 970 AD as a walled fortress. It underwent a lot of changes in these years and contains some of the best architectural styles of the last millennium. There are a lot of popular tourist attractions within the castle walls. The popular tourist sites in the castle walls include St. Vitus Cathedral, the Powder Tower, the Golden Lane, the Old Royal Palace, and St. George’s Basilica. The Prague Castle is the largest ancient castle in the world. Don’t miss out the Royal Garden inside the Castle and some other very beautiful buildings like the Royal Summer House, the Ball Game Pavilion, and the Lion’s Court.

The Clementinum and the National Library

If you are looking for the best places to see in Prague, then you cannot miss out the Clementinum. It is one of the largest collections of historic buildings in Europe and it is also the home of the National Library of the Czech Republic. The buildings are beautiful in both architecture and design. These buildings were actually a part of a Jesuit College and later became the house of Jesuit book collection. Among the places to see in Prague, the highlight of the Clementinum includes the exquisite baroque Library Hall with its excellent ceiling artwork, the marvelous Mirror Chapel, and the 68-meter tall Astronomical Tower. The Clementinum is also a very popular venue for Classical and Jazz concerts.

This is one of the most remarkable places to see in Prague. The Charles Bridge has 32 unique points of interest. It is 520 meters in length. There are a lot of superstitions related to the Charles Bridge. The most important among them is the Bridge was built on 9th July 1357 exactly at 5.31. The numbers are 135797531. This number is believed to give additional strength to the bridge. The bridge is popular for the fine old statues. Among them, the most significant ones are Roman Emperor Charles IV and the country’s most relevant Saint, John Nepomuk. Other highlights of the Charles Bridge include a marvelous view of the River Vltava and the spectacular Gothic gates.

The National Gallery in Prague

Speaking of the best places to see in Prague, you have to visit the National Gallery in Prague. The Gallery is one of the most important architectural landmarks in Prague and the home of the best art collections in Europe. Most of the collections are present in Veletrzni Palace. There is a strong emphasis on the artworks of the Czech artists, but you will also find works of different foreign artists like Picasso and Monet. Kinsky Palace is another notable place where you will find good artwork collections. In the Convent of St. Agnes of Bohemia, you will find a good collection of European Artworks from the Middle Ages. In the Sternberg Palace, you will find the artworks of the European Classical Era.

When you are going to the best places to see in Prague, you just cannot miss out the Prague Zoo. This was opened in 1931. It is not only one of the best places to see in Prague but it is also one of the top 10 zoological parks in the world. The overall area of this park is 143 acres and it is a fun place to visit with family and children. The Prague Zoo has more than 4800 animals which represent 700 species and the zoo also houses the most endangered species known as Przewalski’s horse. The highlights of this zoo include the opportunity to ride a chairlift with excellent views of many animals, the excellent salamander display, the huge giraffe exhibit and a visit to the indoor jungle.

Among all the places to see in Prague, this one is significant because it is a replica of Eiffel Tower. The Petrin Lookout Tower is named after the hill on which it is located and it is 63 meters high. The tower is exactly like Eiffel Tower in design and it offers a complete panoramic view of Prague. A unique feature of this tower is, although it is one-fifth of the height of Eiffel Tower, the elevation of this tower creates an illusion that it is larger than Eiffel tower. The tower was built in 1891 for an exhibition and it was built with old and used railway tracks. It is a 30-minute climb to the Petrin hill where you can reach the base of the tower before climbing the 299 steps to the top. There is also an elevator and a cafe.

This is a highlight of the new town district and is also one of the most important places to see in Prague. The Wenceslas Square is also the home to the National Museum and a lot of other architectural treasures. The Wenceslas Square was created during the reign of Charles IV in the 14th Century. It emerged as a horse market and since then, it became one of the most important public spaces for celebrations and demonstrations. If you want to have some fun in Prague, then this is perfect because the place has got best quality diners and shopping centers.

The National Theatre of Prague is a must visit for those who love performing arts. The theatre is the home of Europe’s top opera, drama performances, and ballet. The theater was opened in 1881 for promoting Czech culture and language. The building was destroyed by fire but it went through a lot of renovations and at present, it is the city’s symbol of rich culture and talent. Another important theatre is the Estates Theatre.

The Hilltop Fortress: One of the Most Beautiful Places to See in Prague

The fortress looks like a fairytale fortress and this is why it is one of the most significantly beautiful places to see in Prague. It was designed in the 10th century and it was also the royal residence of Vratislav II. The Hilltop Fortress is present in Vysehrad which was also the Royal Route taken by the kings who were about to be crowned. They would stop there to pay tribute to their predecessors.  Though most of the fortress is in ruins, still it is a great place for a stroll or picnic.

The cemetery was created in 1860 for accommodating the plague affected victims of Prague. The cemetery was the main burial ground of the city for centuries and it had been the final resting place for innumerable victims for a long period of time. The cemetery is divided into different sections. The graveyard has Jewish Cemetery and a Christian Cemetery. Even though the cemetery has got a morbid history of its own, still it is a great place to explore because of its old and mysterious tombs and monuments.
If you are looking for the best places to see in Prague then these are the top 10 places to check out. The City is divided into differently numbered districts. Prague is the home of historical centers and it is also one of the top tourist sites in the world. If you are in Prague, you should never miss out these prime places to see in Prague. The public transportation system of Prague Eventery is excellent and it won’t take a very long time to check out these places. You can have a really comfortable journey with the help of the excellent public transport system of Prague.

← How can Destination Management be Enhanced by Good Governance?
List of 10 Best Hotels in Prague that Define Czech Hospitality →