The construction of the New Town Hall, one of eighteen national cultural monuments in Prague, was begun shortly after the founding of Prague’s New Town in l348, when King Charles IV was pursuing a grand-scale program of town-planning in accordance with his conceptions of the future of the Holy Roman Empire, which was to expand eastwards with Prague as the capital. Over the centuries, it has been witness to many historic events, such as the first Prague Defenestration in 1419, which marked the beginning of the Hussite movement. Since that time it has been used as a prime venue in Prague for much more celebratory events.

The entire building is divided into several rooms. Town Hall Tower is 42 meters high, and was built in such a way as to have a view reaching to the City walls. The foot of the tower is 203,65 meters above sea level, the gallery is 247 meters high, and the uppermost point of the tower is 272 meters tall. 221 steps lead up to the tower gallery, sorry, no elevators available in the 14th century during the construction of this historical venue in Prague…

The columned entrance hall can be seen through the glass part of the now walled-up carriage entrance. This hall is largest preserved space for non-religious purposes built in Bohemia in the High Gothic period. The Gothic hall on the entrance floor is adorned with large gothic archways and leads into a courtyard. The 2nd floor houses the main Renaissance room with high ceilings, as well as several other smaller rooms.

The chapel, originally Gothic, was constructed after the appointment of the Catholic borough council in 1622. It was later rebuilt in the baroque style. The borough council of Prague 2, under whose charge the most recent restoration took place, is keen to use the building for cultural and social purposes, which keep in line with its historic significance. 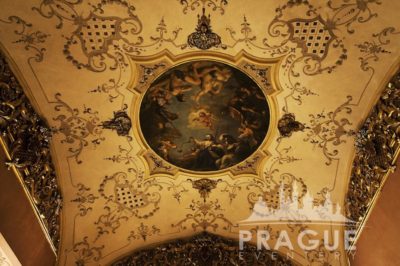 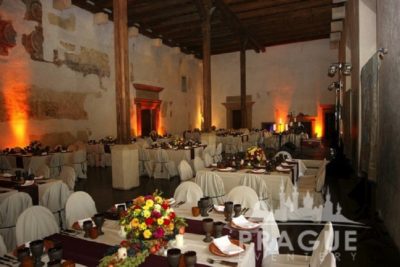 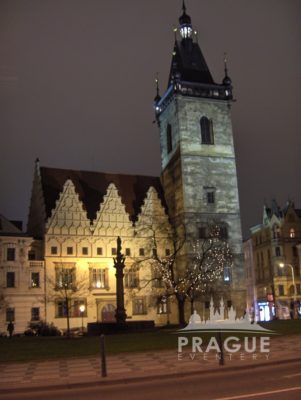 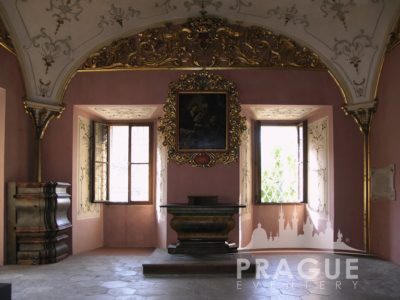 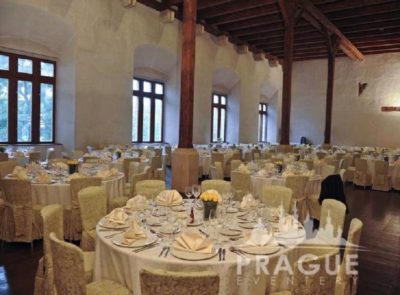 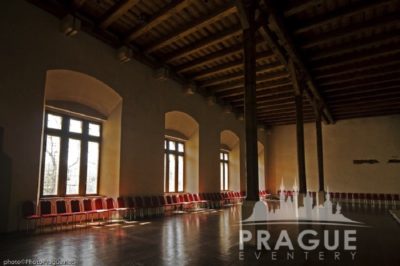 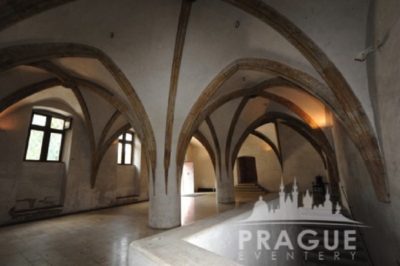 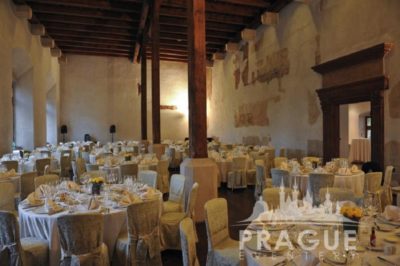 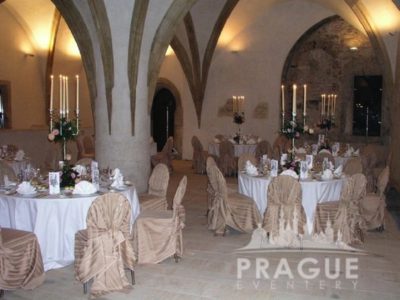 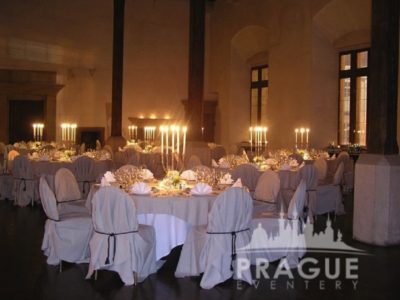