The Congress Centre of the Czech National Bank is located in the former Commodity Exchange on Senovážné Square in the centre of Prague and is a pantheon of the world of finance. Its standard of comfort, craftsmanship and conservative luxury is the very embodiment of that world. The building has been sensitively renovated to preserve its architectural grandeur. The Czech National Bank’s social spaces bear the imprint of the hundreds of major events they have hosted. It is an increasingly popular meeting venue for companies in creative industries, commercial businesses and cultural programs and is very compatible for major Prague conference services.

The CNB complex is made up of two building units. The main building is a banking house originally built for Živnostenská banka from 1935 to 1942 according to the plans of František Roith. This building is primarily used for office space and money circulation operations. The second building is called the Commodity Exchange (built in 1893-1895) and was designed by Bedřich Ohmann and Rudolf Krighammer in Czech Neo-Renaissance style. The main hall and reception rooms of the former Commodity Exchange are imbued with a unique atmosphere.

The Congress Centre offers a Large Hall and a Small Hall with a foyer and necessary facilities. The Large Hall is a tried and tested venue for all manner of social and professional gatherings. It can comfortably accommodate 300–500 participants. We can also make use of the foyer and adjacent reception rooms.

Some of the Prague conference services that the premises are equipped with are furniture and conference equipment. Among other things, they offer audio equipment, data projectors and interpreters’ booths with wireless headphones allowing interpreting into three languages. 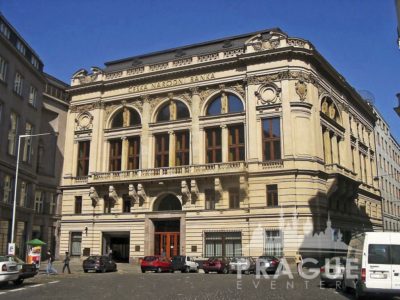 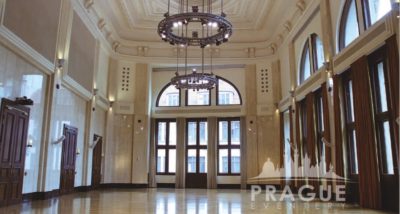 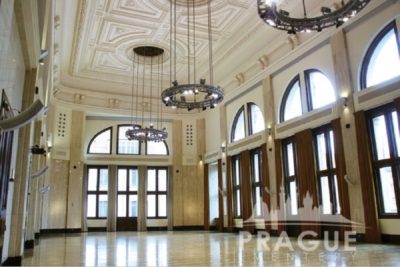 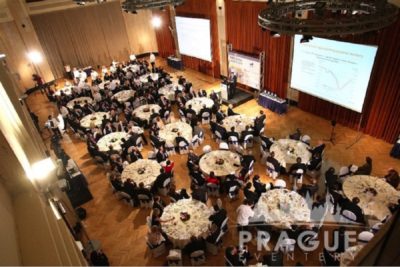 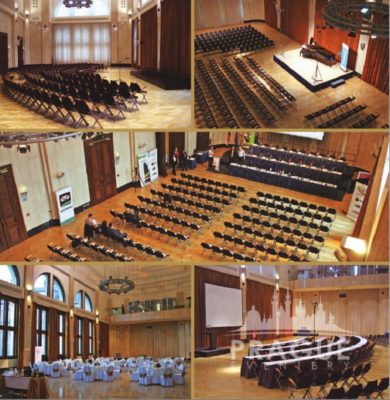 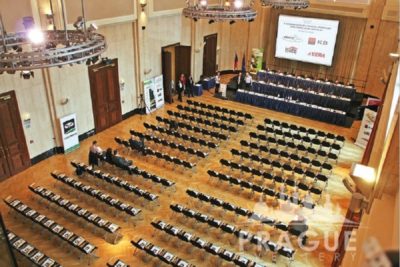 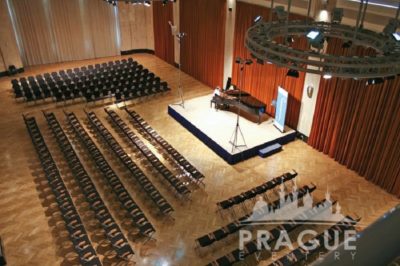