The first touch to a medieval structure of the castle was made in the 15th century by Jiri of Sternberk and was followed by Hodejovsky family in the 17th century, who converted the castle into a Baroque-style castle. The castle has been the residence of several historic princes and archdukes such as the successor of the Austrian throne, Franz Ferdinand d’este. Not sure how the Archduke would feel about one of his castles being used as a premier castle event venue…

A 17th-century castle-turned-hunting-lodge built by the Habsburgs, Konopiste was the Club Med of its time. Here, the nobility relaxed amid the well-stocked hunting grounds surrounding the castle. In 1887, the castle became the property of Habsburg heir to the throne, Archduke Franz Ferdinand, who was particularly enamored of hunting until that fateful day in Sarajevo when he and his wife, Sophie, became the prey. It was Franz Ferdinand’s assassination in 1914 that set off the Europe-wide conflagration of World War I.

When visiting the castle, you can admire the interior design and impressive collection of sculptures, paintings, tapestries and furniture,but most notably, the hunting paraphenalia and trophy’s. The Chambers are richly decorated with the collections inherited from the Modena’s archdukes of d’Este and the numerous hunting trophies hanging on the walls as silent witnesses of Franz Ferdinand’s passion.

The castle also boasts several large outdoor terraces as well as a large park, a romantic rose garden, and a large pond where your guests may wander and enjoy the relaxing royal surroundings. The the manicured gardens are a perfect setting for the quails, pheasants, and peacocks which now reside without fear on the castle grounds.  There is also a real castle moat at the castle entrance which is home to two bears who watch over the entrance. This perfect castle event venue is approximately 40 minutes drive south of Prague through the beautiful central European countryside. 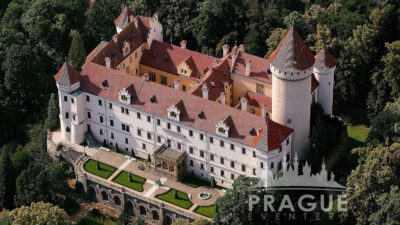 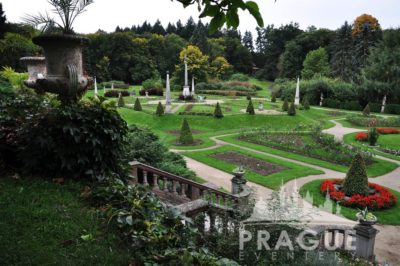 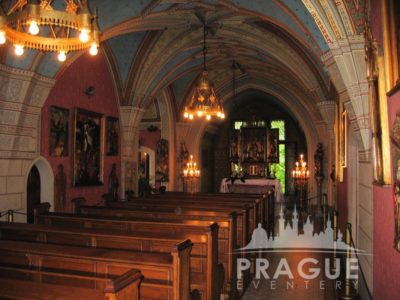 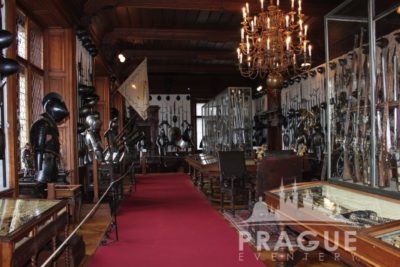 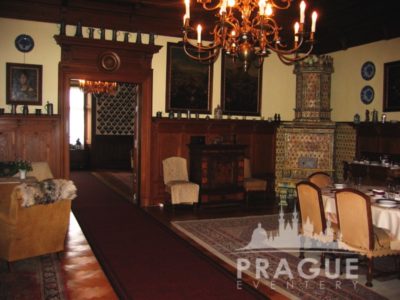 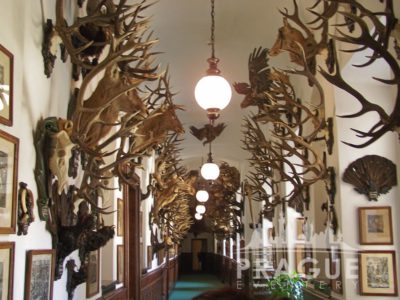 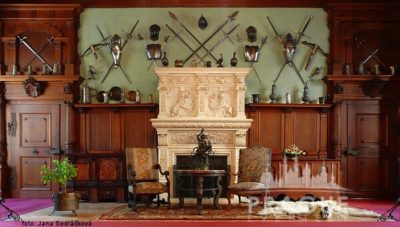 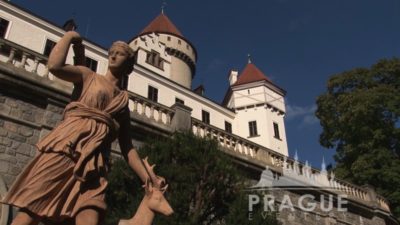 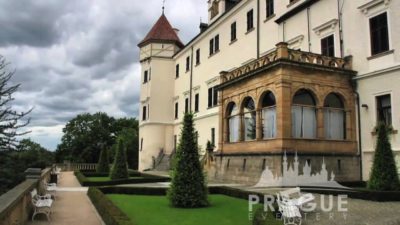