New Town Brewery, is fairly new in Traditional Czech restaurant as it was founded in 1993, but represents some of the oldest of Prague’s traditions and customs. A brew house was actually built on the same location as old city chronicles note from 1434. This establishment combines the great idea of combining a mini-brewery, with a restaurant in a single unit.  Hence, a unique complex with efficiently interconnected cellars and surface-level spaces. This extensive complex has attractively decorated interiors ranging from a Gothic hall, to classic pubs of the 1920’s and 1930’s, as well as a summer terrace.  Traditional Czech restaurant

On entering the brewery, you find yourself in the main hall. The BREWHOUSE is where beer is still brewed in the brewing rooms. Beyond the brew house are the GENTLEMEN’S LOUNGE and the COUNCILLORS’ LOUNGE. When you circumnavigate around the kitchen, you find yourself in the CAVE.  Here you can enjoy a picturesque view of Prague. In the FERMENTING CELLAR you can take a seat at one of the tables. The main activity here is watching the beer fermenting in large vats. The three deepest rooms are the GOTHIC HALLS. In the summer, customers seek out the TERRACE and the BARN, which are next to each other. This brewery is definitely a favorite amongst groups who find a walk through all of the various rooms and alcoves enchanting.

Succulent Beef Goulash in Dark Beer with Grilled Sausage and a Selection of Dumplings, Horseradish and Chilies 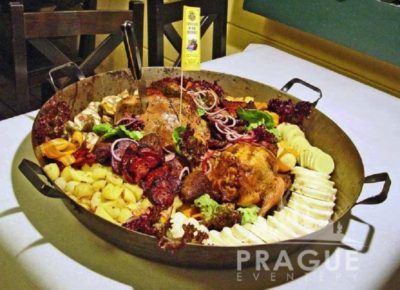 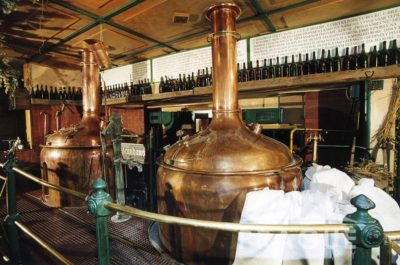 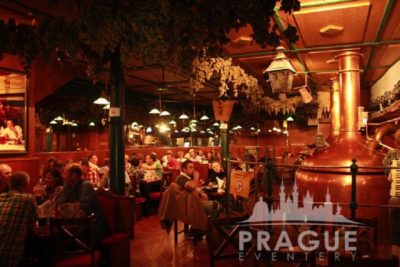 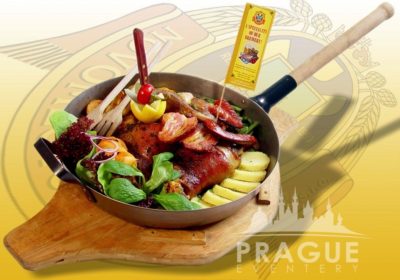 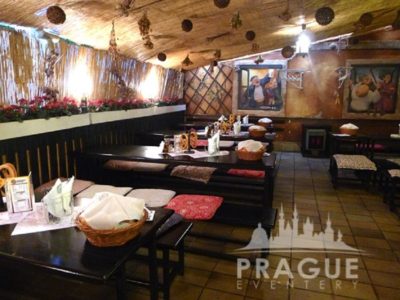 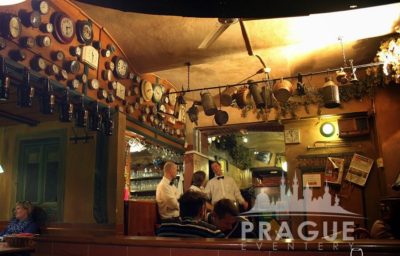 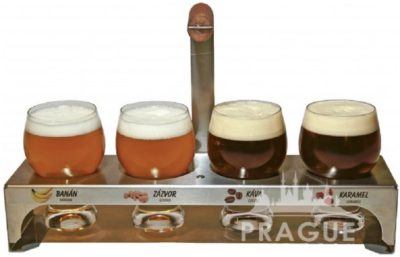