Set out for the most-visited castle in the Czech Republic and discover the treasures it has hidden for centuries! The Karlstejn Castle And Crystal Factory tour will introduce you to an amazing gothic castle which was founded by the Czech king, and Roman Emperor, Charles IV. Apart from beautifully furnished rooms, you will find here the duplicates of the Czech crown jewels as well as the crown jewels of the Holy Roman Empire. Very impressive is also the original step-like order of buildings. From the Well tower and Burgrave’s palace located as the lowest you would walk up to the majestic five-storied Imperial palace and further up towards the Marian tower. In the castle Chapel of the Holy Cross, you will then merely contemplate the pictures of Master Theodoric in silent wonder. The tour of castle lasts approximately 1 hour, upon which time you will have enough time for sightseeing, wandering, and shopping through the medieval town beneath the castle.

Nearby to Karlstejn, the Rückl manufacturing Crystal company has been producing a traditional Bohemian cut lead crystal glass of the highest quality for over three hundred years. You will have the opportunity to see the glass-blowing, painting, crackling and cutting.

Karlstejn is located 40 minutes journey from Prague. The castle trip, as well as visit of the glassworks, is scheduled for approximately 4 hours but can be adapted to your groups needs. Lunch at a charming waterfront restaurant below the castle is often included in the Karlstejn Castle And Crystal Factory tour program. 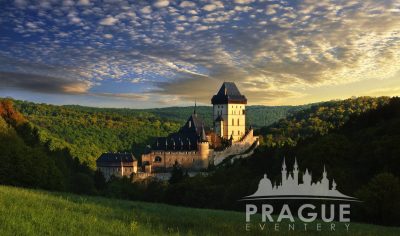 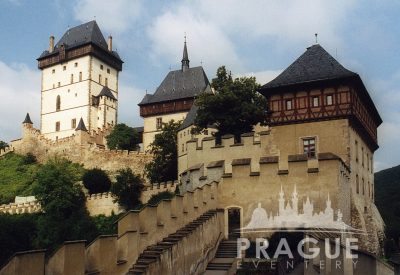 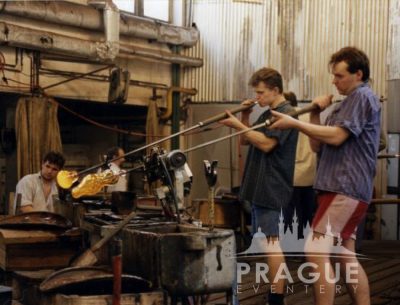 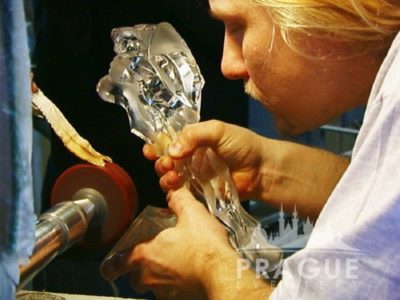 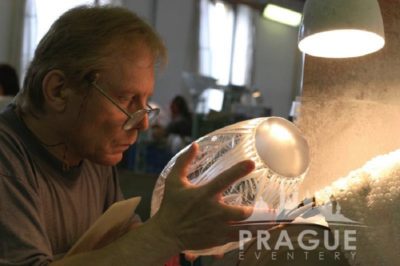 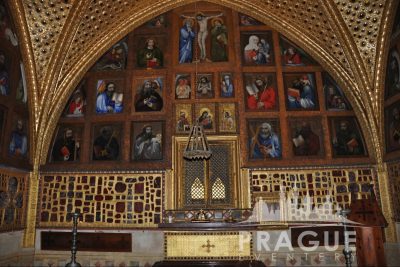 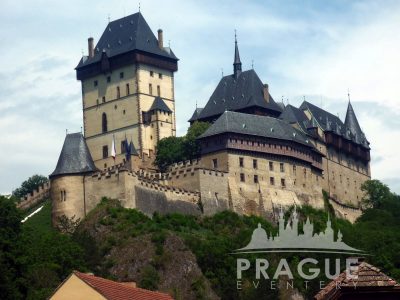 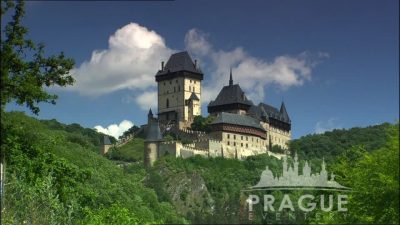