This high-gothic tower from the workshop of the distinguished master builder Petr Parléř is one of the most beautiful examples of gothic architecture in Europe. This tower is the gateway through to the Charles Bridge and has welcomed Kings, Emporers, Presidents, as well as millions of visitors over the years through its archway, and today it can be your Prague event venue!

The western wall of the tower was heavily damaged by Swedish cannon fire at the end of the Thirty Years War. The tower’s eastern wall is dominated by a unique portrait statue of Emperor Charles IV and King Wenceslas IV, while St. Vitus watches over them. The floor below has statues of St. Sigismund, the patron saint of Luxembourg, and St. Adalbert, the patron saint of Bohemia. At the legs of the saints, there is the statue of a lion, which looks down from the tower. A symbolic apparition occurs on St. Vitus’ Day (15 June) when the shadow of the head of the lion falls on an escutcheon below it, which depicts an eagle. This symbolically affirms the link between Bohemia and Moravia.

Other statues have been similarly placed whose number and amount of decorative elements have a hidden meaning connected with astrology. The first floor used to contain a guardhouse, while the second floor served as a jail for debtors from wealthy families. Another feature worth mentioning is the mysterious statue of the so-called Tower Man from the middle of the 15th century, which stands on a column at the end of the stairway.

We will hire this Prague event venue exclusively for receptions before or after dinner. Drinks and canapés will be served on second floor. The roof viewpoint will also be available for the guests. 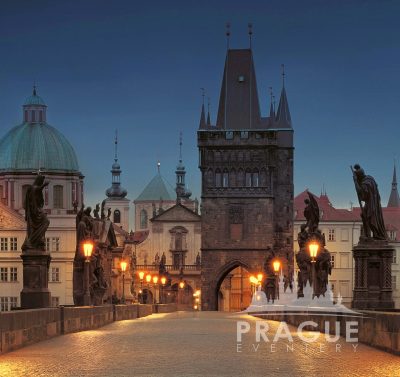 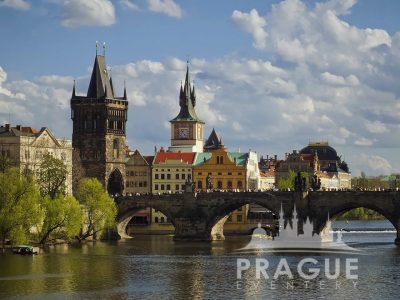 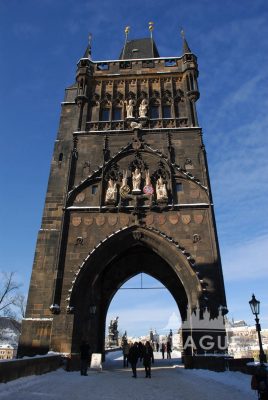 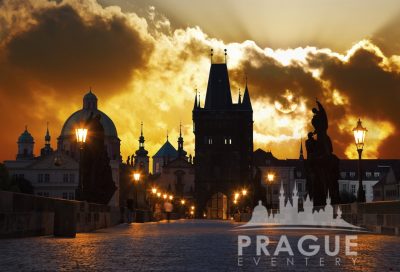 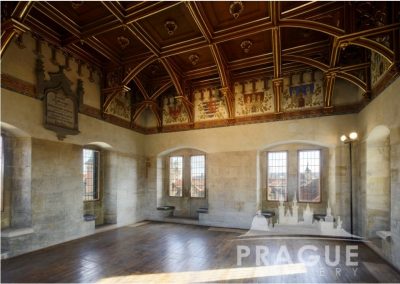 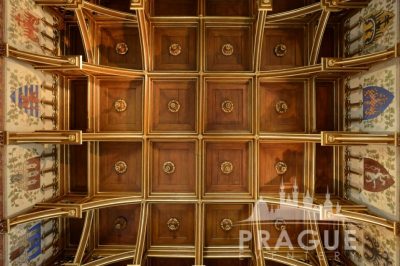 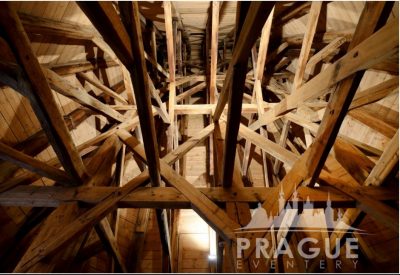