< Back to the listing
« Previous "Strahov Monastery" | Next » "Prague Boat Tour"

Cesky Krumlov, in Bohemia’s deep south, is one of the most picturesque towns in Europe. It’s a little like Prague in miniature – a Unesco World Heritage Site with a stunning castle above the Vltava River, an old town square, Renaissance and baroque architecture, and amazed tourists milling through the streets. There are plenty of lively bars and riverside picnic spots to make in al the splendour.

The Little Castle in Cesky Krumlov, is the oldest structure in the castle complex situated on the left bank of the Vltava River, was founded by the Lords of Krumlov between 1230 – 1239. The town was established essentially in two stages. The first part was built spontaneously below the Cesky Krumlov castle, called Latrán and settled mostly by people who had some administrative connection with the castle. The second part of the town was founded in 1274 and built in a free space nearby. Český Krumlov is an outstanding example of a small central European medieval town whose architectural heritage has remained intact thanks to its peaceful evolution over more than five centuries. Český Krumlov is a pearl of Renaissance architecture and a place where the sumptuousness of the local castle, maze-like alleyways, richly decorated coats of arms of burghers houses, and wonderful floral gardens are harmoniously interwoven.

A full day trip from Prague to the beautiful medieval town of Cesky Krumlov is often accompanied by a lunch in a grand villa or historical medieval dining establishment.  It is one of the country’s most attractive places to visit after Prague. The castle houses a rich collection of paintings, period furniture, Flemish tapestries, historical weapons, and intricate china, glassware and jewellery.

Český Krumlov is situated in the southern part of the Czech Republic near the Austrian border (distance to Prague 180 km / 113 miles). 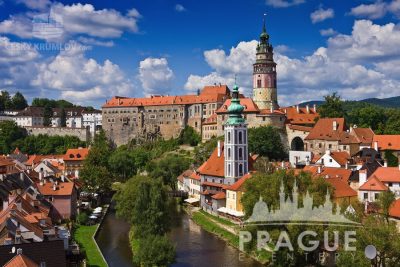 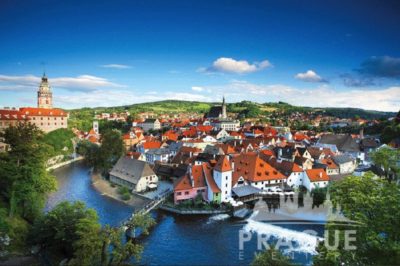 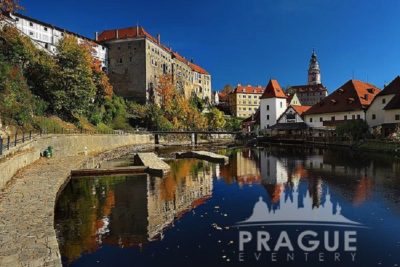 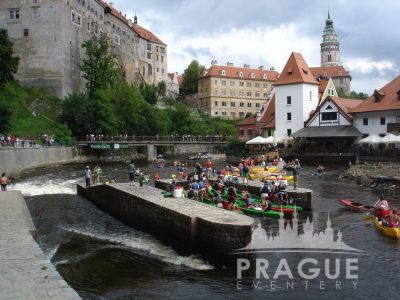 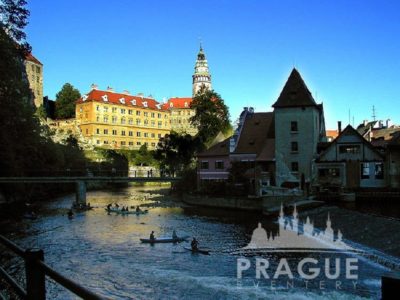 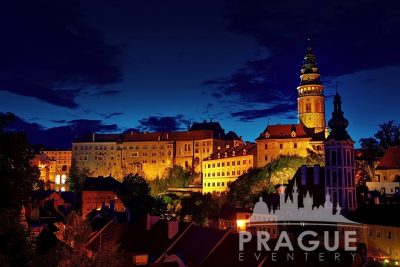 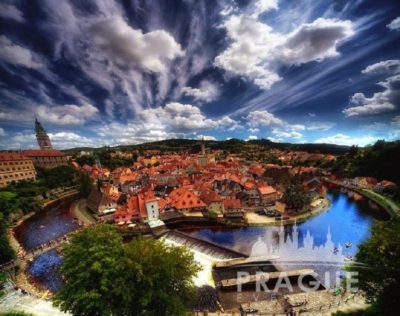