Experience the magic of the unique sport of Team Ice Curling on four-line ice rink available in a top level curling arena which is located just 15 minutes away from downtown of Prague. Team Ice Curling is a sport with more than five-hundred-years of tradition where players slide stones on a sheet of ice towards a target area which is segmented into four concentric rings. It is related to bowls, boules and shuffleboard.

Two teams, each of four to six members, take turns sliding heavy, polished granite stones, also called rocks, across the curling sheet towards the house, a circular target marked on the ice. Each team has eight stones. The purpose is to accumulate the highest score for a game. Points are scored for the stones resting closest to the center of the house at the conclusion of each end, which is completed when both teams have thrown all of their stones. Two teams are playing against each other at the same time while others support them from the adjacent restaurant which can be used for refreshment during the competition.

The ice curling competition lasts approximately 3 hours, depending on the number of participants.

For larger groups, we also offer Ice Stock which is a variation of traditional Ice Curling which is held in a much larger ice arena. 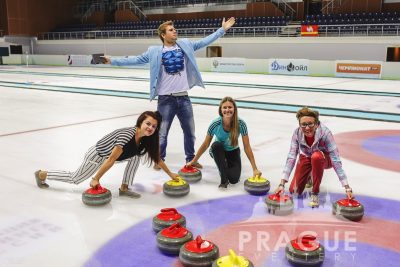 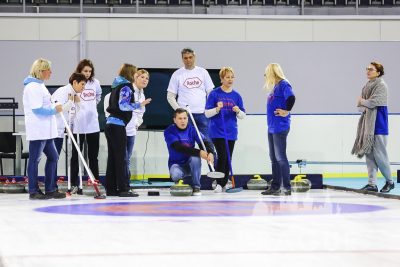 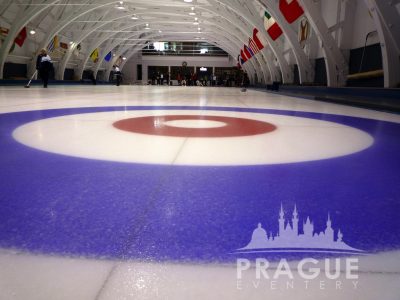 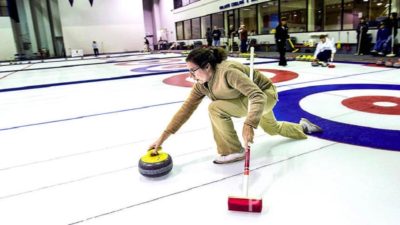 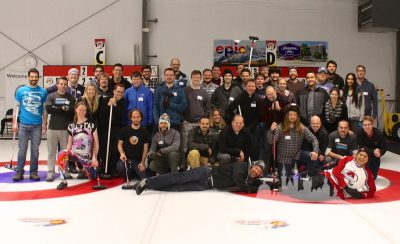 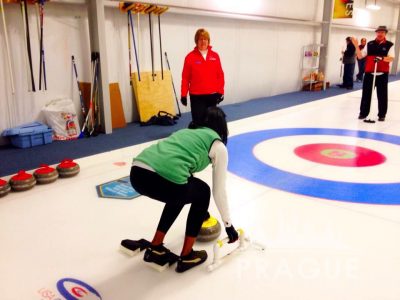 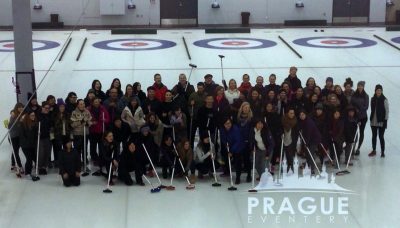 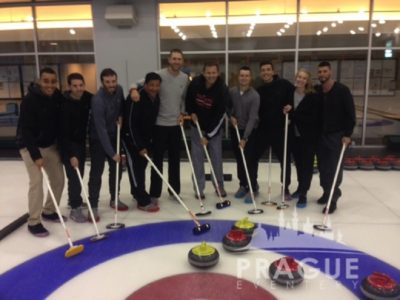