The Estates Theatre was built during the late 18th century in response to the period of enlightened thought regarding general access to the theatre, and theatres themselves demonstrating the cultural standards of a nation. The Estates Theatre was designed by Anton Haffenecker and built in a little less than two years for the aristocrat František Antonín Count Nostitz Rieneck. The theater itself is of significant importance to both the Czech people and the Czech culture, which both make it a very unique and special venue Prague.

The Estates Theatre was opened in 1783 and is inextricably linked with the name of Wolfgang Amadeus Mozart.

Besides other of his works, it was the venue of world premieres of two Mozart operas: the celebrated Don Giovanni (on 29 October 1787 – conducted by the composer himself) and La Clemenza di Tito (1791, to mark the coronation of Leopold II). The Estates Theatre currently offers performances of dramas, ballets and operas with the focus of the opera company on the work of Wolfgang Amadeus Mozart. A more contemporary claim to fame originates from the Oscar-winning film Amadeus, directed by Czech director Miloš Forman. The scenes of Mozart in Prague were shot at the Estates Theatre for authenticity.

Events can be performed directly on the stage. Availability and timing is completely dependent on theater performance calendar. For an unforgettable evening, we can combine viewing the performance, followed by dinner on the stage. Don’t miss a glamorous atmosphere of this extraordinary theatre. A very special event in a very special venue Prague! 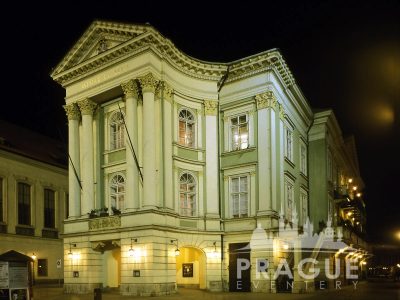 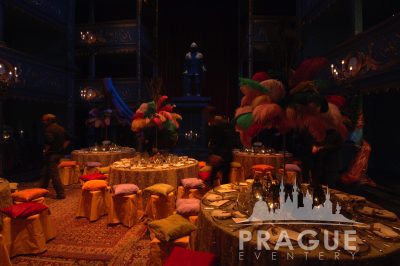 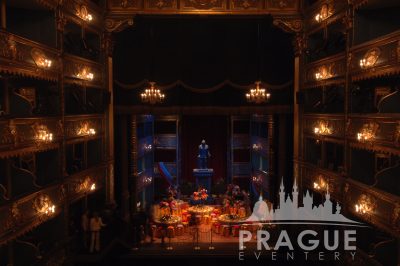 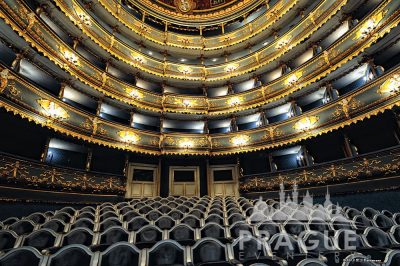 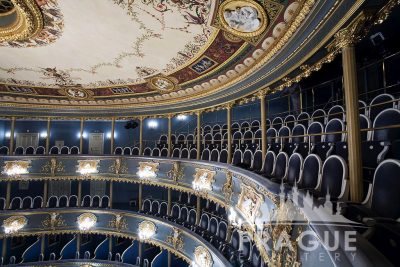 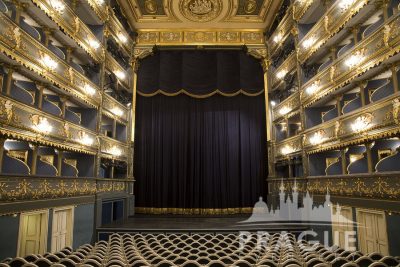