< Back to the listing
« Previous "Prague State Opera" | Next » "Vrtbovska Gardens"

The National Theatre is the embodiment of the will of the Czech nation for a national identity and independence. Collections of money amongst the broad mass of the people facilitated its construction and hence the ceremonial laying of its foundation stone on 16 May 1868 was tantamount a nationwide political manifestation. The history and grandeur of this theater makes it one of the most prestigious exclusive venue Prague. To this end, the theater has played a significant role in the development of the Czech language, Czech music and the country’s dramatic arts.

The National Theatre opened on 11 June 1881 to honour the visit of Crown Prince Rudolf of Austria. It staged another 11 performances before the building was closed down to enable the completion of the finishing touches. While the work was under way, a fire broke out on 12 August 1881, which destroyed the copper dome, the auditorium and stage of the theatre. The fire was considered a national disaster and induced an immense resolve for new collections: within 47 days a million gulden had been collected thus earning the theater “The People’s Theater”!

The most renowned Czech artists of the second half of the 19th century contributed to the National Theatre decor, starting with the main architect Josef Zítek and spanning all the arts with personalities like Mikoláš Aleš, František Ženíšek, Vojtěch Hynais or J. V. Myslbek.

The full calendar of performances which the theater hosts, make it sometimes difficult to book for events and programs in this uber exclusive venue Prague.  As a Prague event organizer, when we do get in there though, we truly make it an event for all to remember in the grandest setting possible!  With enough prior notice, and a clear performance calendar, we can either utilise the stage for an event or even have all of the seats in the theater removed, and a false flooring laid over them, so as to extend the reach of the stage across the entire theater. 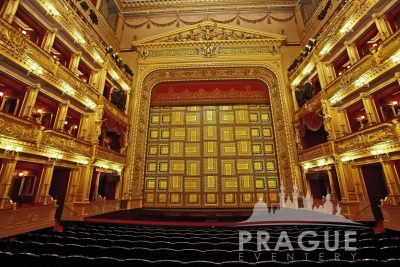 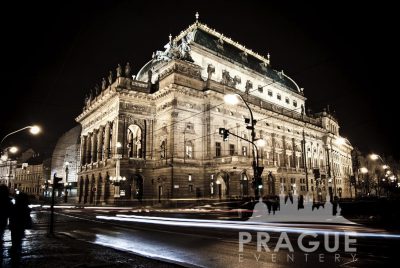 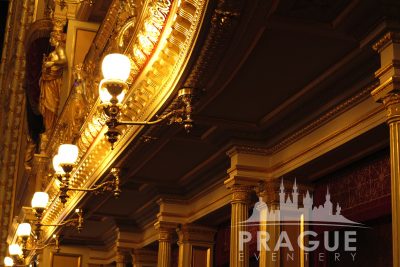 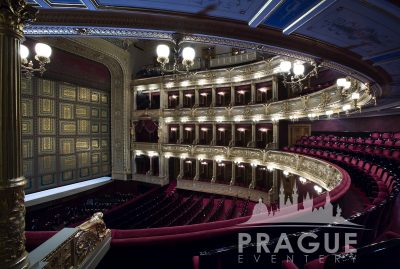 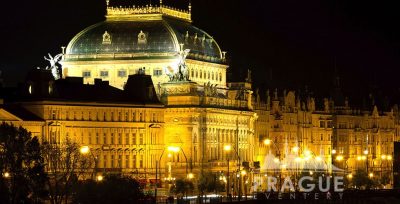 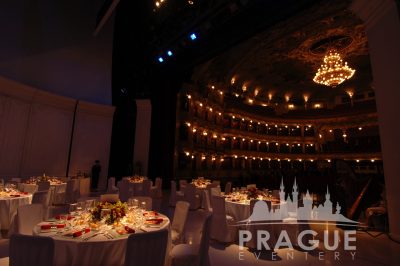 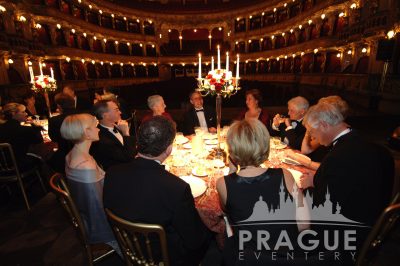 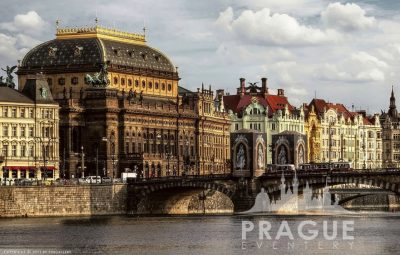