< Back to the listing
« Previous "Vrtbovska Gardens" | Next » "Estate Theater"

The Lobkowicz Palace is the only private venue located in the Prague Castle complex. All 11 rooms on the 1st floor, including the Concert Hall, Family Chapel and the Balcony Room with a terrace featuring panoramic views of Prague, may be used separately, or combined to add grand elegance to an event as you wander between the various spaces.  This location has the rarity that it is a Palace Venue Prague, within a castle!

Built during the mid-16th century, Lobkowicz Palace is one of Prague’s most important historical sites. Built in the 16th century, the palace has been home to the aristocratic Lobkowicz family for around 400 years. Confiscated by the Nazis in WWII, and again by the communists in 1948, the palace was finally returned in 2002 to William Lobkowicz, an American property developer and grandson of Maximilian, the 10th Prince Lobkowicz, who fled to the USA in 1939.

The palace now houses permanent exhibition called “The Princely Collections” which were newly opened in April 2007. Here visitors can view superb old master paintings, musical instrument and manuscripts (including period manuscripts and prints of works by Händel, Haydn and Beethoven), spectacular firearms and armor, and rare examples of the decorative arts from over six hundred years of family collecting, and their patronage of fine arts. But it’s the personal touches that make an impression, like the 16th-century portrait of a Lobkowicz ancestor wearing a ring that William’s mother still wears today, and an old photo album with a picture of a favourite family dog smoking a pipe.

There is no better location in the city than Prague Castle. Lobkowicz Palace is directly at the Prague castle and offers several rooms, which can be used separately, or in conjunction, for a variety of different events, and an ideal palace venue Prague. 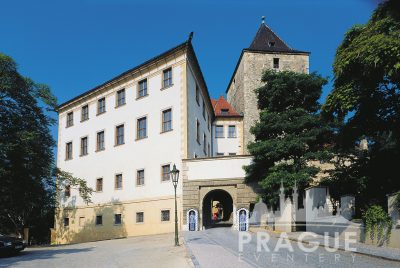 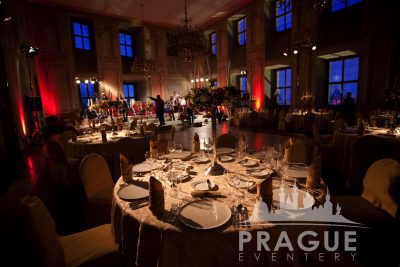 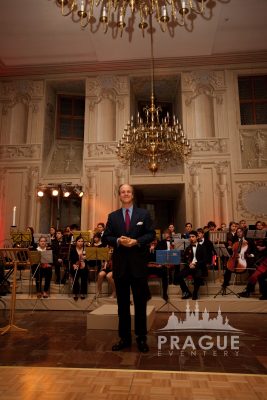 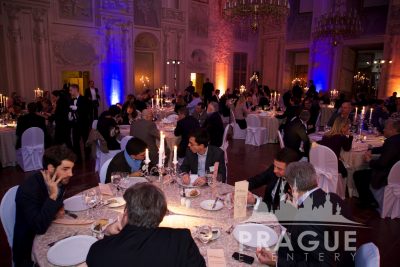 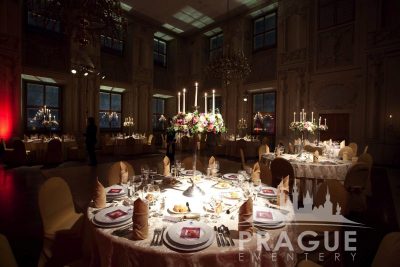