The Kutna Hora City Tour will introduce you to the town of Kutna Hora, which was founded in 1142 with the settlement of the first Cistercian Monastery in Bohemia. A hundred years later the German miners began to mine for silver in the mountain region, which was part of the monastery property. Under its abbot Heinrich Heidenreich, the territory greatly advanced due to the silver mines which gained importance during the economic boom of the 13th century. For the next three centuries the city competed with Prague economically, culturally and politically. The monumental St. Barbara’s Cathedral, one of the most famous Gothic churches in central Europe, symbolises the power and importance of the mining city. The cathedral is consecrated to none other than the patron saint of all miners, St. Barbara.

At the Charnel House located in the centre of town, you can view a chilling decorations formed from human skulls and bones. In 13th century, the abbot of Cistercian monastery brought from Jerusalem a hand full of earth which he sprinkled over the local cemetery. This made the place a Sacred Field, the oldest in Central Europe, and turned it into a hugely desirable burial place. The burial ground was enlarged during the epidemics of plague and during the Hussite wars. The chapel destined for the deposition of bones from abolished graves was remodelled several times during centuries and the present arrangement of bones from about 40 000 people dates from 1870.

Kutna Hora is located 70 minutes’ drive from Prague (85 km). During the Kutna Hora City Tour, our guides will show you the most famous sights and lunch can be scheduled within the program. 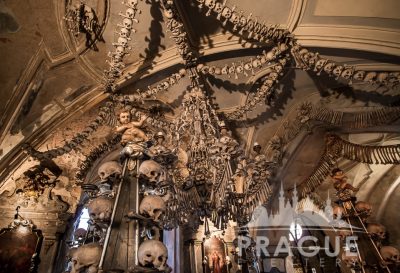 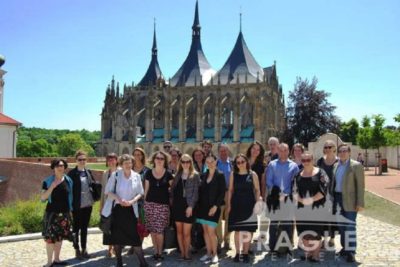 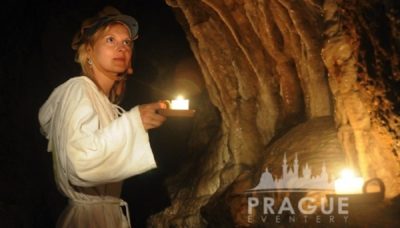 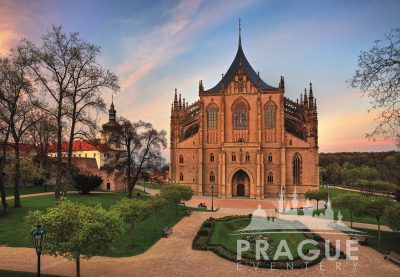 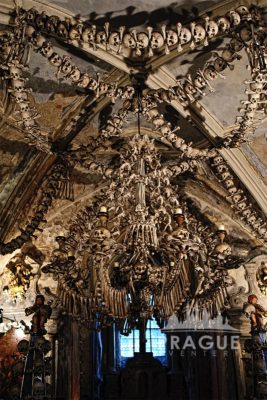 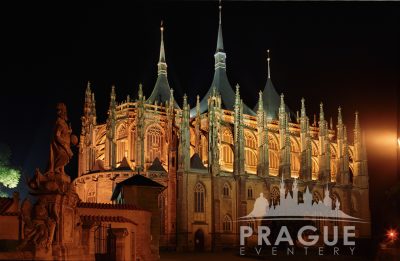 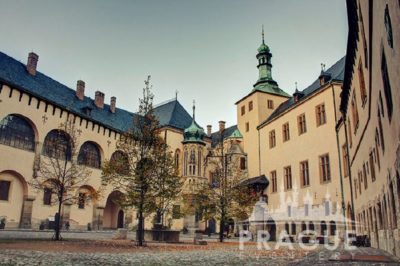 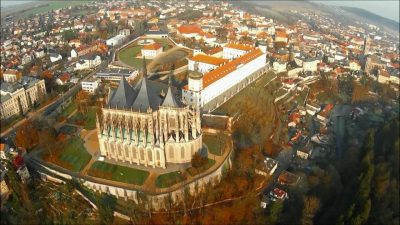