Everything you need to know about Prague food festival 2017 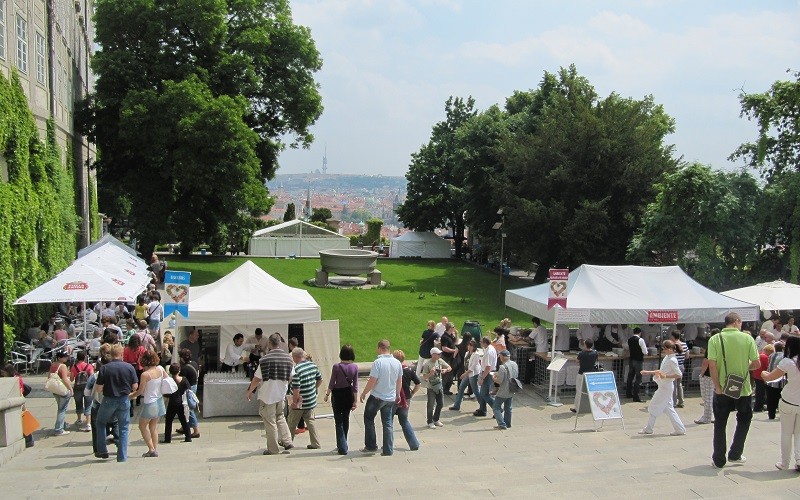 Luring foodies from around the world, the Prague Food Festival started off in 2006 and has been successfully running ever since. Like every year, the Prague food festival 2017 is sure to present the best food that the Czechs have to offer! And what more could you possibly want from this magnanimous culinary event when you aren’t restricted to just tasting the food at the most reasonable price you can think of; you are also able to witness the process of its preparation?

The Prague food festival 2017 was held at Vyšehrad Castle complex near Prague, and boasted of mouth watering delicacies and drinks prepared by the top chefs. The event kick – started on the 26th of May, 2017 and put down the curtains on May 28th, which means there were three whole days to devour up the best dishes from around Czech Republic! The Prague food festival 2017 served the finest cuisines with magnificent flavours at only a small fraction of their actual price.

The organizers of the Prague food festival 2017 presented its visitors with an extensive mix of extraordinary Czech cuisines from around twenty different culinary houses from around Prague. Getting a sneak peek into what was served won’t be a bad idea either, and that’s why we present to you some of the delicacies that the festival offered this year:

Angsufarm: The sumptuous taste of roasted piglet, small ham sausage, Angus beef and much more from this top restaurant.

Aureole Fusion Restaurant and Lounge: The spring sushi variation among other delicacies from Aureole is sure to make you come foodies come back to it.

Bellevue: Asparagus tastes great. Even more so if it comes from the house of Bellevue!

The list doesn’t end here though. The Prague food festival 2017 also boasted of several other mouth-watering delicacies from other top restaurants. Visitors were in for some great Italian food from Il Giardino as well as delicious Asian dishes from KOBE. The Prague food festival 2017 got an international touch with some great international cuisine from Le Grill. The seafood from Mirellie was a great hit, as were the tasty Austro-Hungarian dishes coming from Monarchie.

The Prague Food Festival 2017 also had a lot to boast about delicacies such as cheeses, bread, hummou, ice-cream and many more. The “Czech Specials” tent at the festival served visitors with some delicious national and regional preparations. What more? The Prague food festival 2017 had opened up cookery workshops along with a cookery school to teach various techniques and recipes of some of the best dishes that came up during the course of the festival. The Kenwood stand stood out for its preparation of multiple dishes as a part of the 70th birthday celebrations of the Kenwood brand. On the whole, the Prague food festival 2017 was a great hit, as always, and allowed people to come up and taste the very best Prague and international cuisines at hugely discounted rates.

The entry to the complex of the Prada food festival 2017 was with the tickets that you could either buy in advance or pay up right at the gates of the complex during the festival days. The presale tickets were priced at $450 CZK while those which were booked on the spot were tagged at 550 CZK. A small part of the entry fee, i.e. 10 “Grands” (which equals 30 CZK) went in as the price of all the great food that you would taste. The 10 Grands could either be split up into parts so as to buy smaller dishes and delicacies, or you could also spend the whole amount at one go on the Festival Menu presented by your chosen restaurant. You could also buy some more Grands from the Prague food festival 2017 banks if you ever ran out of money to buy a dish. These banks were spread across the complex of the festival. The noblest step taken by the organisers of the festival was to donate 10 CZK from each ticket, whether pre-sold or booked on the spot, to the Akshaya Patra Foundation. This foundation aims to provide at least a single meal to the poor and needy Indian children while attending their schools. Moreover, the total sum of the money that came up through this would be doubled up personally by the owner of the Zátiší Group, Mr. Sanjiv Suri.

The Prague food festival is one of the biggest food festivals that happen in the world, let alone in Czech Republic. While the festival is organised to make it greatly appealing to the international forum on the whole, it still doesn’t lose its classic native touch. The native Czech dishes reflect that the culinary culture has been well engraved in their tradition for long. Czech food is delicious, and to get a taste of the same at a fraction of the original price is always a hugely welcomed thing for foodies from around the globe. Extravagantly delicious recipes, a multitude of flavours and some great combinations take the Prada food festival to the top of the charts. If you are a foodie and haven’t been to this awesome gastronomical event then take up a pen and add it to your bucket-list, for this is something you wouldn’t want to miss in your lifetime.