Rudolfinum is the home of the Czech Philharmonic Orchestra which was founded in 1896. They perform classical concerts throughout the year in the largest concert hall in the building, the Dvořák Hall.. This grand Neo-Renaissance building is situated in an ideal location in the center of Prague, and directly on the riverbanks. The grandeur of both the interior and exterior of the building, combined with the high standard of the musicians, make the Rudolfinum one of the most popular and impressive places in Prague to attend classical concerts, as well as make an ideal Prague venue rental. The impressive facade of the Rudolfinum is matched by a gold and marble interior, and the acoustic properties of the concert hall promise an exceptional musical experience.

The building itself was completed in the year 1881, but it wasn’t until 1884 that the sculptures in the attic gable were put into place, and finally the concert hall and the surrounding spaces were furnished. Rudolfinum is the work of Josef Zitek and Josef Schultz and is named in honor of Crown Prince Rudolf of Hapsburg. It was originally designed as an art gallery and house of artists. From 1918-1938, and a short period after World War II, 1945-1946, Rudolfinum also housed the Czechoslovak Parliament. This beautiful building is the second most significant Neo-Renaissance structure in Prague, only after the National Theatre, but a much easier and more versatile Prague venue rental to adapt into a program.

In the early 20th century, Rudolfinum played an important role in the development of Czechoslovakia, with the seat of the state parliament sited here between the two world wars.  Currently, Rudolfinum’s already famous halls, house many of the concerts of the Prague Spring and Autumn Music Festivals. This majestic building stands imposing over its own shadow on the banks of the river and is a true testament to a bygone era of royalty, grandeur, and elegance. 4 separate spaces, each magnificent in design and Prague architecture. 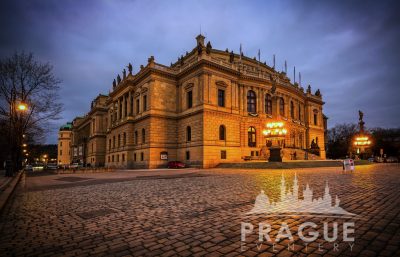 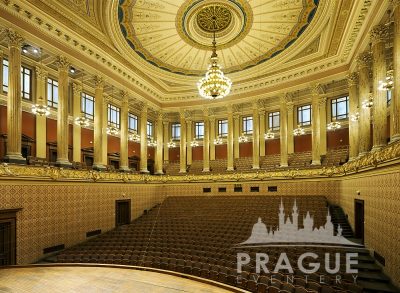 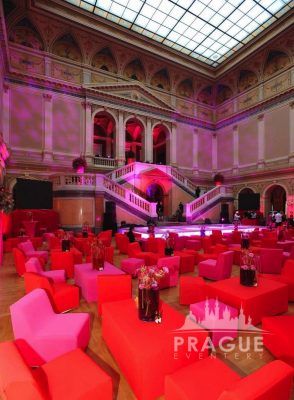 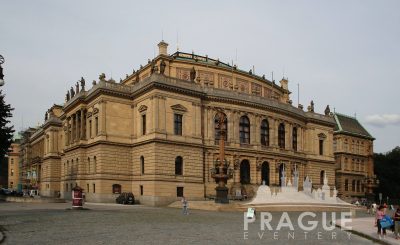 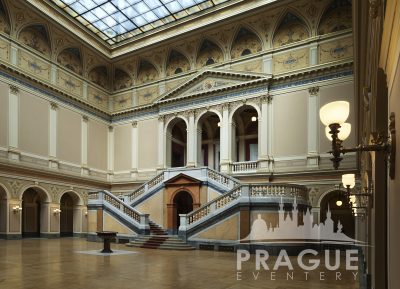 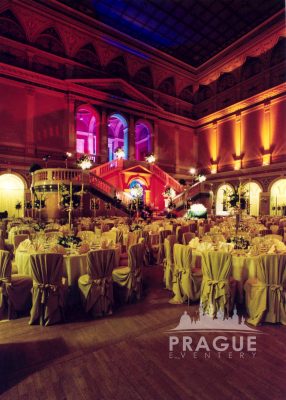