The Prague State Opera resides in the building, which on January 5, 1888 was opened as a Prague German stage with the performance of Wagner’s opera, the Master singers of Nürnberg. In the 19th century, Prague Germans performed in the Estate’s Theater in alternation with a Czech performance company. Desire for their own theater led to negotiations in 1883 for the construction of a new theater building for the German Theater Association. Over the next three years, a blueprint was drawn up and handed over to the Vienna atelier of Fellner and Hellmer. Also sharing in the design was the architect of the Vienna Municipal Theater, Karl Hasenauer, while Prague architect Alfons Wertmüller took part in the construction of what was then called, the New German Theater.  With its spacious auditorium and neo-Rococo decoration, this theater building is among the most beautiful in Europe, and a special venue Prague.

In the 1930s, with the growing Nazi threat, the New German Theatre in Prague was among the bastions of democracy, serving as a refuge for artists fleeing from Germany. Political developments shortly before signing of the Munich Agreement however led the German Theatre Association to close the theatre in September 1938. The Czechoslovak state expressed an interest in the building. But the Nazi occupation of Czechoslovakia in 1939 thwarted its plans. Under the new title Deutsches Opernhaus (German Opera House), the theatre served for political assemblies of the Nazi Party, and for the occasional guest presentations by ensembles from the Reich.

The Prague State Opera presents a varied programme of opera and ballet by Verdi, Tchaikovsky, Puccini, Rossini, Donizetti, Prokofiev and other well-known composers. The State Opera house is centrally located just a few minutes walk from the top of Wenceslas Square and 15 minutes from the Old Town Square.

Entire floor may be rented, including all private seating boxes, for a performance prior to dinner with the dinner then taking place on the stage after the performance. A special venue Prague for a special event in Prague! Prague Eventery 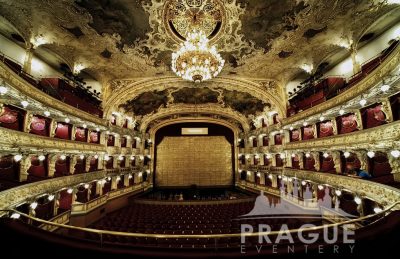 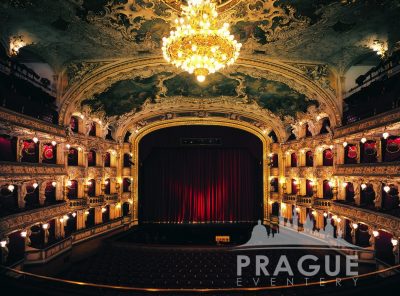 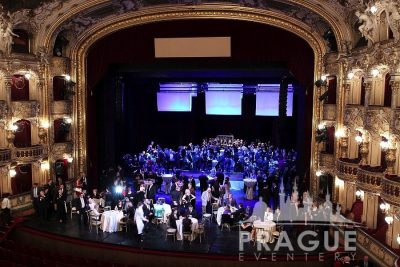 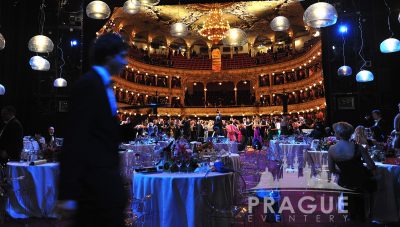 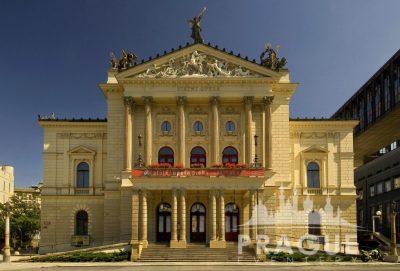 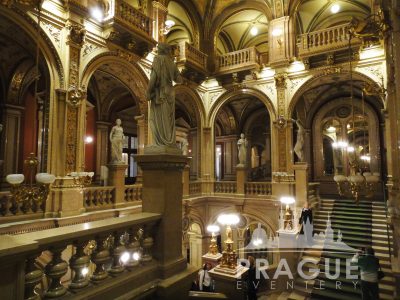