The Municipal House in Prague was built at the place of the former Royal Court in the year 1912 to celebrate the Czech nation. It is a representative building, which for its splendor and beautiful decorations is one of the jewels of Prague architecture. Although the building is usually described as an “Art Nouveau” edifice, it is more of a blend of neo-Baroque, neo-Renaissance, western and oriental influences and Czech Art Nouveau style. Today, the Municipal House in Prague offers a wide range of multifunctional premises in which all sorts of events are hosted, and is Oone of the best gala venue Prague has to offer.

The municipal house is the most spectacular example of Art Nouveau architecture in Prague. Its construction dates back to the beginning of the 20th century, and was built between 1906-1912. Since then, it has been the host of many concerts and exhibitions and is admired by millions of tourists and visitors each year. It has also played host to many important historical events such as the proclamation of the Czechoslovak Republic on October 28, 1918 and the meetings between the Civic Forum and the communist regime in November 1989.

The interior is decorated with the works of the best Czech artist from the first decade of the 20th century. Smetana Hall, the principal concert hall and gala venue Prague, is famous for its grandiose glass dome and its elegance. The building also contains several smaller halls, conference rooms, offices, and exquisite restaurants. The exterior is dominated by the huge mosaic “Homage to Prague” designed by Karel Špillar and golden roof decorations. Prague Eventery 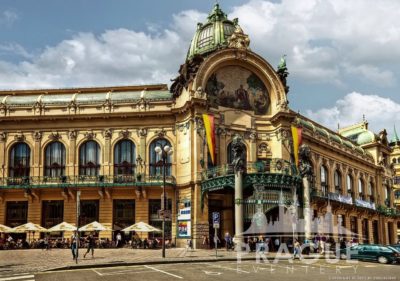 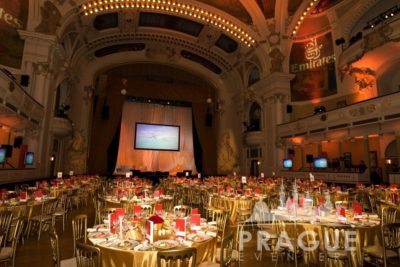 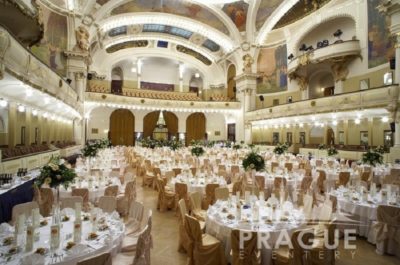 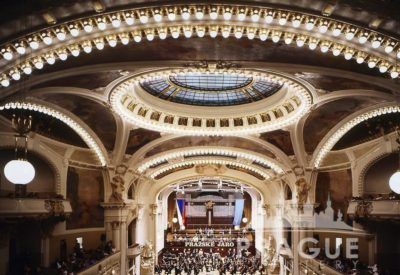 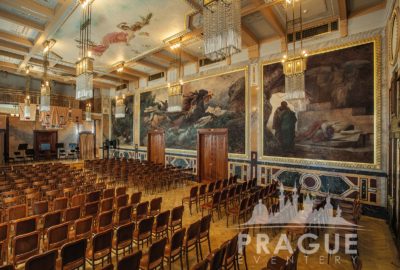 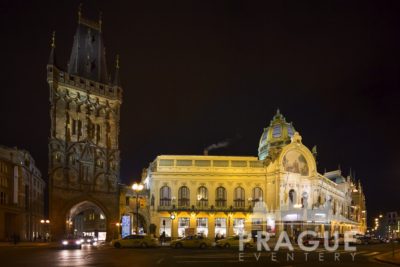 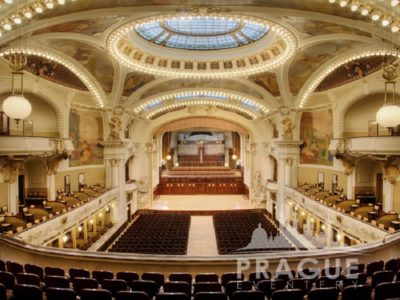 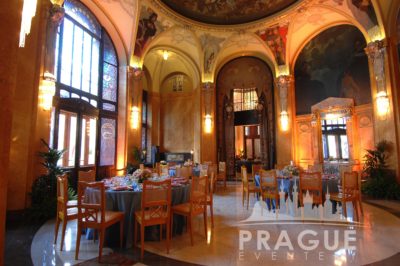 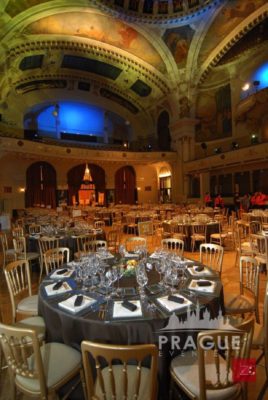