< Back to the listing
« Previous "Gallery MIRO" | Next » "Prague National Museum"

Large complex of Clementinum is situated next to the Charles Bridge, right in the historical centre of Prague. Clementinum, built on area of 2 hectares, is one of the largest building complexes in Europe.

The large complex of Clementinum was founded by the Jesuits after their arrival in Bohemia in 1556. When the Habsburg emperor Ferdinand I invited the Jesuits to Prague in 1556, to boost the power of the Roman Catholic Church in Bohemia, they selected one of the city’s choicest pieces of real estate and in 1587 set to work on the Church of the Holy Saviour, Prague’s flagship of the Counter-Reformation. Its western facade faces Charles Bridge, its sooty stone saints glaring down at the traffic jam of trams and tourists on Křížovnické náměstí.

After gradually buying up most of the adjacent neighbourhood, the Jesuits started building their college, the Clementinum, in 1653. By the time of its completion a century later it was the largest building in the city after Prague Castle. When the Jesuits fell out with the pope in 1773, it became part of Charles University.

The baroque Library Hall (1727), magnificently decorated with ornate gilded carvings and a ceiling fresco depicting the Temple of Wisdom, houses thousands of theological volumes dating back to 1600. The Meridian Hall was used to determine the exact time of noon, using a beam of sunlight cast through a hole in one of the walls.

The Mirror Chapel also dates from the 1720s and is an ornate confection of gilded stucco, marbled columns, fancy frescoes and ceiling mirrors – think baroque on steroids. Concerts of classical music are held here very often.

There are two other interesting churches in the Clementinum. The Church of St. Clement, lavishly redecorated in the baroque style from 1711 to 1715 to plans by Kilian Dientzenhofer, is now a Greek Catholic Chapel.

Conservatively dressed visitors are welcome to attend the services. And then there’s the elliptical Chapel of the Assumption of the Virgin Mary, built in 1600 for the Italian artisans who worked on the Clementinum (it’s still technically the property of the Italian Government).

The Mirror Chapel in Clementium is one of the most centrally located venues in the city as it is situated directly at the foot of the Charles bridge.  The hall hosts two magnificent pipe organs, one located at each end of the magnificent space, which can be used in conjunction with our events.  Due to the complex operating and historical importance of these organs, they are only allowed to be played by a few licensed musicians – not to worry, we know who they are! 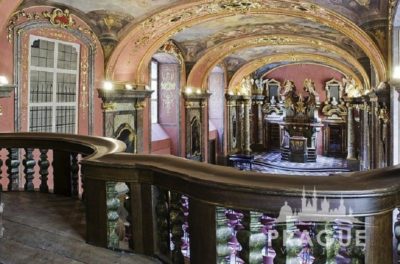 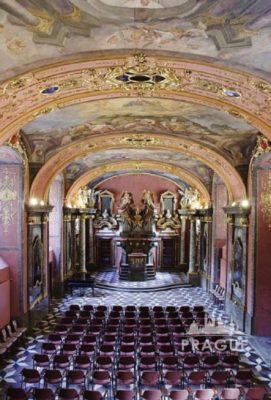 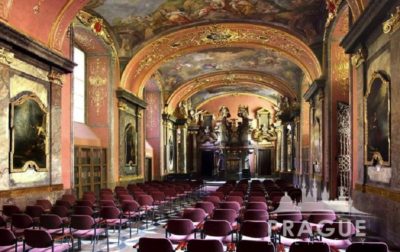 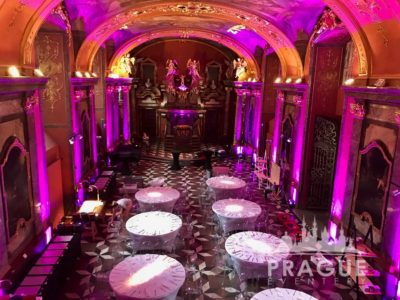 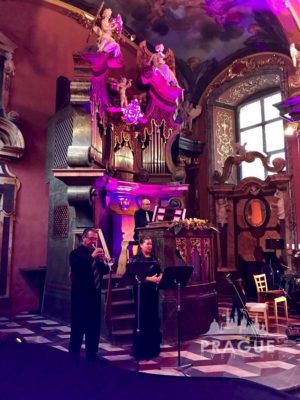 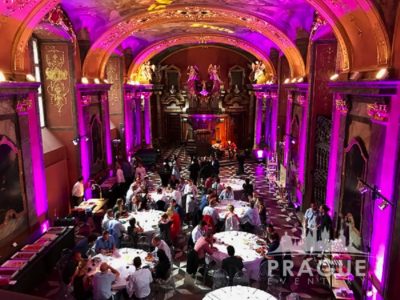