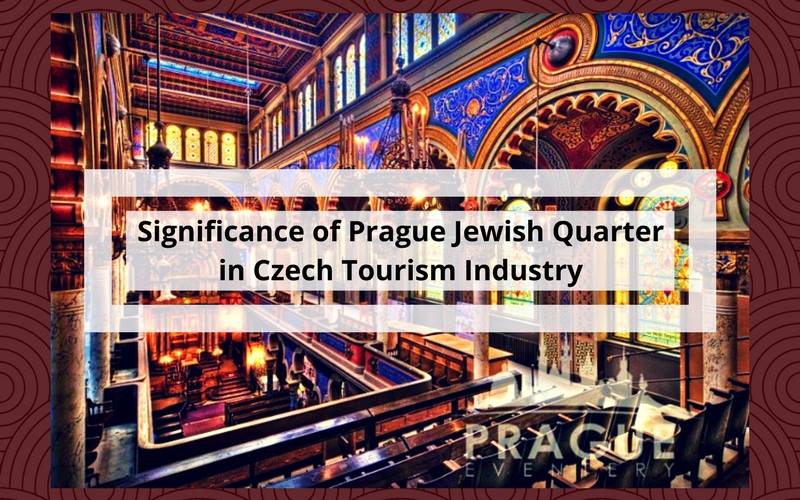 Josefov, which is presently known as the Prague Jewish Quarter, was named after the emperor Josef II. His reforms helped in easing up the conditions of the Jewish people. He emancipated the Jewish population and offered equal rights to the Jews. During the Second World War, a lot of Jewish people died and many were forced to leave the country by the communist regime. According to history, the quarter was created specifically for the Jews in 1096. This was the year when Jews had first settled in Prague, near the Prague Castle. According to the Jews of Bohemia and Moravia who faced Holocaust, they could have settled before the land was made Christian.

When the Crusaders passed through, the local Jewish population was attacked in 1096 in a series of pogroms that disrupted the prosperous community. In the 13th century, the situation of the community improved when they became the ‘servants of the king’s chambers’. During the notorious Easter Pogrom in 1389, several non-Jewish townsfolk entered the Prague Jewish Quarter, continuing the murder of Jews. More than 1500 people were killed in the Easter massacre. Even under such circumstances, the Jewish community continued to progress and prosper. The Prague Jewish Quarter became the center of Talmudic learning.

The experience of freedom and hostility for the Jewish community was constant through the 19th century. The Jews participated in revolutionary activities which brought down the walls of the ghetto and Jewish people were allowed anywhere in the Czech capital. The wealthy Jews moved out of the ghetto and it soon became a slum for the poor as other poor people moved in. In 1893, the city decided to demolish the Prague Jewish Quarter and leave out only 6 synagogues, the Old Jewish Cemetery, the Old Jewish Town hall and the Ceremonial Hall which comprises of the Jewish Museum.

A Tour of Prague Jewish Quarter

Pinkas Synagogue: This is a small, house-like private worshipping facility, which was opened for the wealthy Aron Horowitz in 1535. This is Prague Jewish Quarter’s second oldest surviving synagogue. An emotional aspect of this synagogue is, there are nearly 77,297 names of Jews inscribed on the walls who were sent to die in concentration camps by the Nazis in WWII.

Prague Jewish Museum: The Prague Jewish Museum is one of the oldest Jewish Museums in Europe. This is a very unique and complex institution of its kind that includes its own gallery, archive, an educational center, a library and a ceremonial hall that comprises of very rare expositions under its jurisdiction. The Jewish Museum holds a lot of cultural events and exhibitions.

Franz Kafka Monument: The Monument of Franz Kafka is located just next to the Spanish Synagogue. Franz Kafka was a renowned writer who was born in a German-speaking Jewish family. The monument was unveiled in 2003 and the design of the monument was inspired by one of the short stories of Kafka. The statue is made of Bronze and it is 375 centimeters in length.

Apart from these, there are a lot of places to check out at the inside Prague Jewish Quarter that includes Image Theatre, Robert Guttmann Gallery, Kolkovna Celinice Restaurant, and Church of the Holy Spirit.

How is Prague Jewish Quarter Crucial to Czech Tourism

The Jewish Quarter is located in between the Old Town Square and Vltava River. The Old Town Square and Vltava River are undoubtedly one of the most attractive places the Czech Republic. These two places have an extremely significant role in developing the Czech tourism industry. The beauty of the majestic Vltava River is inexplicable in words and the popularity of the Old Town Square is unmatched when it comes to tourist attractions in the Czech capital. As mentioned above, the Prague Jewish Quarter has immense significance in the History of Europe. Not a single tourist would want to miss out a UNESCO World Heritage Site and this is what leads to a stable business in the Czech tourism industry.

Prague was popular as one of the best tourist destinations for a long period of time. Last year, the Czech tourism industry observed a record increment in the number of visitors coming to Prague. Over the first three quarters, more than 14.57 million tourists stayed overnight in the Czech Republic. It was the first time in history, the Czech capital exceeded 14 million visitors. The tourism inflow from the neighboring and Asian countries increased. With the increase in a number of overnight stays, the hotels and restaurants in Prague have also increased. All the regions of the Czech capital registered an increase in tourist inflow as well as the overnight stays.  The increase is mainly due to the foreign visitors who are extremely eager to check out the historical places in Prague among which Prague Jewish Quarter is the most significant one.

The Jewish Quarter is so popular among the tourists because this is the first independent Jewish location to be honored in this way and that too, outside the state of Israel. The magical atmosphere of this place is embellished with more than two thousand gravestones that overlap each other. The brilliant location in between Old Town Square and the Vltava River, the synagogues, the museum, the Kafka monument and many other exquisite visiting places make the Jewish Quarter as the most exciting place to visit in Prague that truly generates a good revenue for the Czech tourism industry. So, it clearly explains the importance of Prague Jewish Quarter in Czech tourism.

The Czech capital Prague is popularly known as the city of hundred spires. It is undoubtedly one of the best and most beautiful cities in the world. You cannot miss the chance of getting to know Prague in person. Prague Eventery, being the top Destination Management Company in Prague, offers the best-in-class accommodation facilities, transportations, dining options and entertainment for corporate events, tours or any other services. For any further queries, you can contact Prague Eventery anytime.