< Back to the listing
« Previous "SaSaZu Club and Event Space" | Next » "St. Anna Church (Prague Crossroads)"

The House At The Stone Bell, with its notable gothic frontage, is situated in the center of Prague, directly in the Old Town Square, and is the only gala venue in Prague center. According to the latest research, its beginnings come from the second half of the 13th century. A sumptuous house with the extraordinary existence of two chapels, a richness of architectonic components, figuration and wall paintings in the interiors, as well as a geometric composition of the façade positively proves, that it used to be a palace in its time, no doubt, built by a member of the royal court.

Parts of the sculptured decoration of the western frontage has been preserved, including also fragments of a ruling figure of the king and queen, probably Jan Lucemburský and his wife Eliška Přemyslovna. Some predictions even evoke the assumption that the founder of the house might be the queen Eliška Přemyslovna herself. It was probably originally built for the Royal family and its frontage was one of the most beautiful in Europe at the time. You can see how imposing Prague was in the middle ages through the design and architecture of this dominating monument. Building of the house started in the second half of the 13 thcentury.

The name of The House At The Stone Bell first appears in 1417. It originated perhaps after a stone bell, which has been preserved in the corner. Perhaps, it should have been a hint about the historical event in 1310, when the queen Eliška’s chaplain Berengar, gave a sign by the bell to the soldiery of the king Jan Lucemburský, and his followers in the town, to open the gate and to take over the Old Town un-forcibly and peacefully.

Attendees of events at this gala venue in Prague Center have the most incredible views over the Old Town Square of Prague, situated directly below the event room. 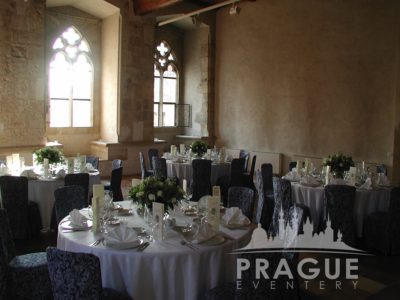 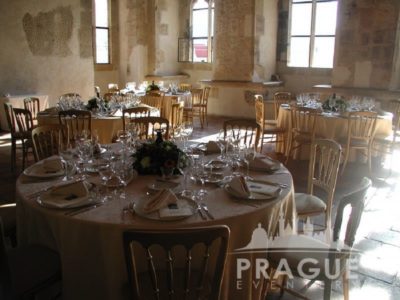 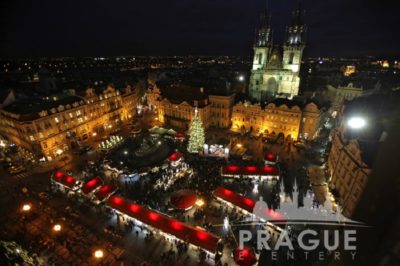 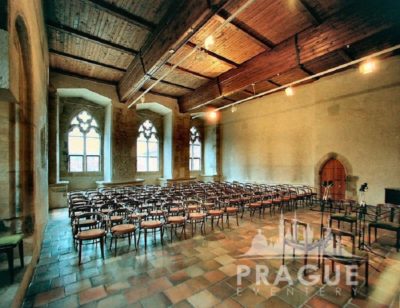 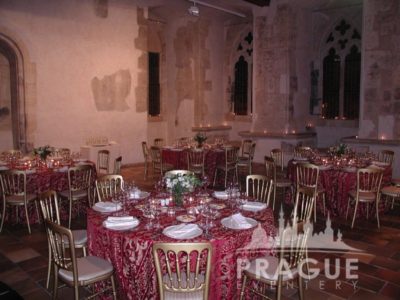 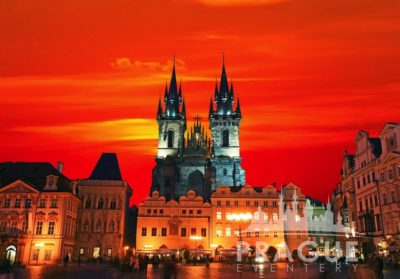