This Neo–Renaissance building on the Náměstí Míru square in Prague is the brainchild of famed architect Antonín Turek. The National House was completely finished after only 15 months of intense work, and opened in November 10, 1894 with the grandest of celebrations. It had became the seat of many national, as well as local, associations and corporations throughout the years. The size, appearance, and grandeur of the spaces within this building make it an ideal Prague conference venue.

In 1955 The Czechoslovak Railways obtained this building, and as it was completely dilapidated, a full reconstruction was immediately issued, and in 1959 it was raised back to its former glory. A few years later the name of the building was changed to The Central Cultural house of the Railway Workers, and shortly thereafter, The National House of Vinohrady as it is known today.

The largest and most spectacular historical hall in the National House of Vinohrady is named after a Russian poet Vladimir V. Majakovsky. The hall is divided into three sections; an auditorium, an increased auditorium (with three steps) and a balcony. The hall is decorated with beautiful murals and Its decorations include 18 busts of significant Czechs, as well as a number of rosettes and Amorinos on balconies along with other ornaments. Chandeliers are perhaps the most valuable relics from the end of 19th century. The National House has four floors and two basements. In the basement and first floor are commercial premises, offices, restaurants, a fitness center and the main entrance to the building with a box office. On the second floor there are three large halls and two breakout rooms. On the third floor there are balconies and offices. The main hall is often used as a Prague conference venue, and the other rooms as a space in which we can provide food and beverages for the attendees.  In the event of using the main hall as a gala dinner venue, the other rooms can then be utilised as welcome reception areas.  The entire space can also be opened up where the entire floor, encompassing several rooms, may be used for buffet stations and seating/lounge areas. 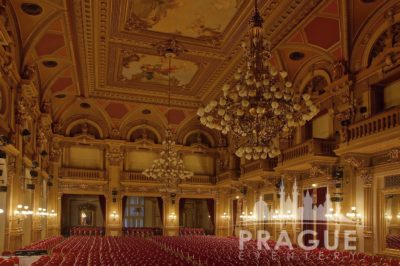 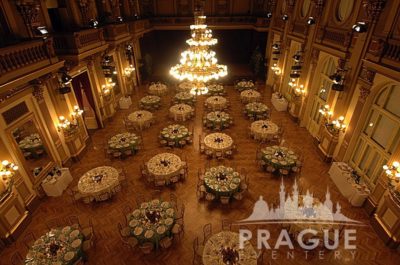 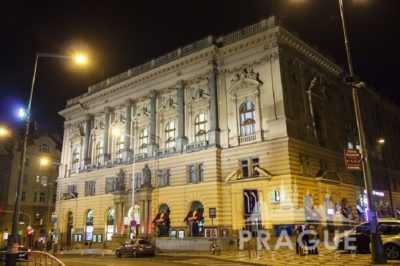 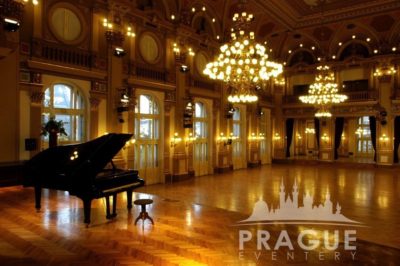 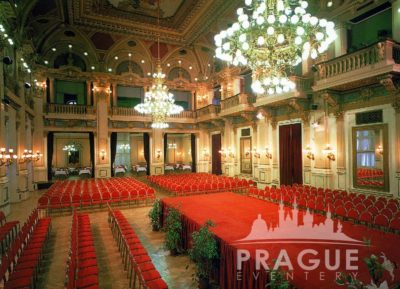 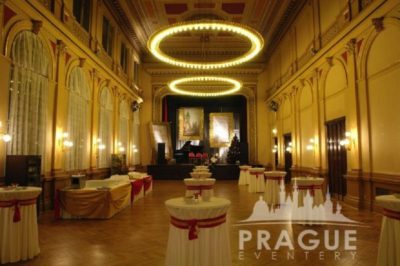 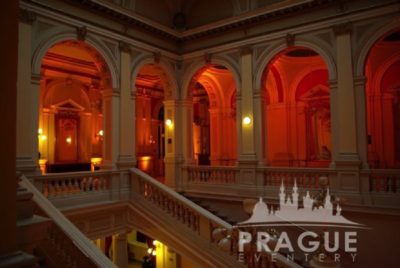 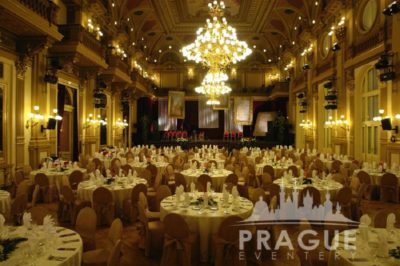 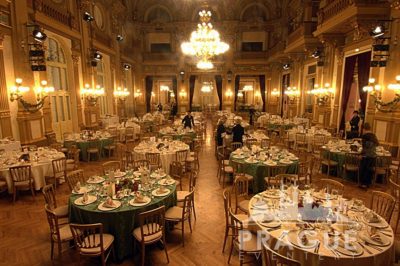